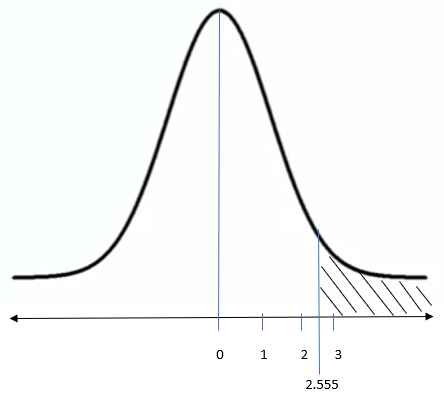 Understanding The p-test With An Example

Here is the research question:

This question is taken from the course ‘Inferential Statistical Analysis with Python’ in Coursera. In this question, we are asked to test, if there is a significant increase in the number of parents who believe that social media is the cause of their teenager’s lack of sleep. Here is the step by step process of performing this test:

Define the alternative hypothesis. Look at the research question again. We need to find out if more parents today believe that electronics and social media are the cause of the lack of sleep. That means, we have to find out if p is greater than 0.52 today.

After conducting the p-test, if we have enough evidence to reject the null hypothesis, we will accept the alternative hypothesis.

Collect the data. After defining the hypothesis and significance level, we should collect the data. For this example, Mott’s Children’s Hospital collected the data and found out this:

‘A random sample of 1018 parents with a teenager was taken. 56% of them said that they believe electronics and social media was the cause of their teenager’s lack of sleep.’

Check the standard assumptions for the p-test. There are two assumptions:

The sample was random. So, checking the assumptions are done. Now we can proceed with the p-test.

If I use the symbols instead of words:

The formula for standard error (SE) is:

The standard error comes out to be 0.0157. The test statistic Z is:

In the picture above, the hashed area is the p-value. Using the Z test statistic, we can find the p-value as 0.0053. You can find this p-value using a programming language like Python or a z-table.

Come up with the conclusions. As the p-value (0.0053) is less than the significance level (0.05), we have enough evidence to reject the null hypothesis. So, our alternative hypothesis is true that more than 53% of parents today believe that electronics and social media are the cause of their teenager’s lack of sleep.

This example was to conduct a p-test for a population proportion.

Dissecting 1-Way ANOVA and ANCOVA with Examples in R

A Complete Guide to Confidence Interval and Calculation in Python