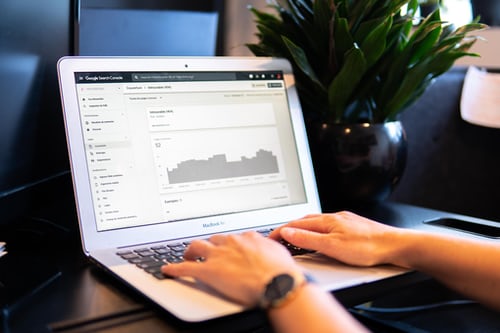 Descriptive statistics summarize, show, and analyze the data and make it more understandable. If the dataset is large, it is hard to make any sense from the raw data. Using descriptive statistics techniques, data can become more clear, patterns might emerge and some conclusions might be evident.

There are a few general types of statistical measures to describe the data:

In this article, I will explain all four of the statistical measures and their properties.

There are three common measures that indicate the center of the data set. Those are called the measure of the central tendency.

This is the most basic. Probably most of you know it already.

We calculate mean by summing up all the values and then divide it by the number of values. Here is an example dataset:

The mean of the dataset is sensitive to extreme values. For example, in the above dataset if there is one more value like this:

The mean changed drastically because of that one value. The mean becomes much larger than the rest of the values of the dataset except that 150. It quite does not represent the total dataset.

When there are extreme values in a dataset, the mean does not represent the total dataset very well.

The mean of a trimmed dataset will be representative of the total dataset. If we just trim the extreme data 150 from the dataset above, the mean will become 16.5 again and it will represent most of the data in the dataset again.

Trimming the extreme values is a common technique in statistics and also in data science.

Before finding the median, we need to sort the data. After sorting the data, it becomes:

The median is the middle point. In this dataset, it is 14.

What if we have one more data and the number of data is even like this one:

In this case, the median is the average of the two middle values.

Let’s add an extreme value to this dataset:

The median of this updated dataset is 15.

So, the median is not sensitive to extreme values.

The mode is the value that appeared most frequently in a dataset.

This is an example dataset:

If all the data appears only once in the data, there is no mode.

If there are more numbers appear the same number of times they are all modes. If the dataset above is modified to be:

If all the data appears only once in the data, there is no mode.

The measures of center discussed above are not always the best way to describe the dataset and draw conclusions. For example. here are two datasets:

The mean, median, and mode of these datasets are exactly the same. Please check for yourself.

The three most commonly used measures of variation are:

Calculating this one is a bit more complicated than the previous ones. These are the steps to calculate the standard deviation:

Step2: Take the difference of each value from the mean

Step3: Take the squares of those differences and add them

Step4: Divide that outcome by the total number of values. This number is called the variance

Step5: Take the square root of the variance

Here is the formula for the standard deviation:

Let’s work out an example:

Use the data1 from above:

Step2 and Step3: I am taking the difference of each value from the mean and square them

After calculating it gives 24.

Step4: Divide this number by the number of values in the dataset to get the variance. We have five values. So, the variance is = 24/5 = 4.8.

Step5: Taking the square root of the variance, the standard deviation comes out to be 2.19.

The more the values vary in the dataset, the larger the standard deviation.

These are some trends related to standard deviation:

Look at this picture from Wikipedia:

Interquartile Range will be explained in the ‘Five Number Summary’ Section below because it relates to those five numbers.

These five numbers are:

That divides the bottom 25% of the data from the top 75%. Look at the example below. In the picture below, Q1 is the first quartile.

Divides the bottom 75% of the data from the top 25%. Q3 represents the third quartile in the picture below.

Let’s see the example. Here is a sorted dataset d:

There are 12 values here. The first, second, and third quartile will be positioned as below:

Let’s do the calculation.

You are probably thinking that we have three measures here: first, second, and third quartile. How it is a five-number summary!

Two other measures are Maximum and Minimum.

They are self-explanatory. I am sure you know what they are.

That is InterQuartile Range (IQR).

IQR is the difference between the third quartile(Q3) and the first quartile(Q1). So, IQR represents the variation in the middle 50% of the data. The IQR of the above-mentioned dataset is 58.5–38 = 20.5.

IQR can be very useful in determining extreme values or outliers, we talked about in calculating mean and median.

The reasonable lower limit of the dataset is

And the reasonable upper limit of the dataset is

The lower limit for the dataset d above is:

The upper limit for the dataset d is:

If you notice, all the values in the dataset are in between this calculated range of lower limit and the upper limit. So, there are no outliers or extreme values in this dataset.

This curve is also called the bell-shaped curve that I mentioned before.

For symmetrically shaped data, the mean and median are the same

When most of the data are in the upper portion of the distribution, the shape of the dataset is left-skewed.

These are the properties of the left_skewed dataset:

In left-skewed shape, the tail lies on the left side.

When most of the data are in the lower portion of the distribution, the curve is a right-skewed curve.

These are the properties of the right-skewed dataset:

In right-skewed shape, the tail lies on the right side

These are the most basic and major types of measures in descriptive statistics. Nobody calculates them manually anymore. Data scientists or analysts use a programming language like python or R to derive them. These parameters are used every day in research, statistics, and data science. So, it is important to understand them clearly to understand the data.

A Complete Tutorial on Logistic Regression, and Inference in R