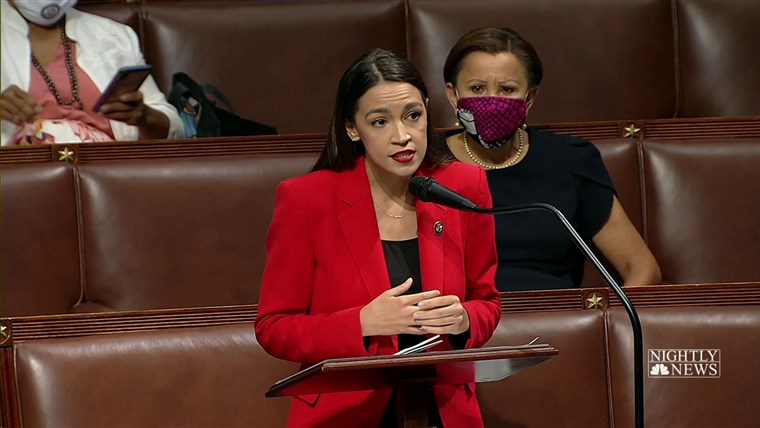 I am an immigrant. I came to the US from a third world country because I thought this is a free country, everyone has the same right. Men and women are treated equally. Of course, a better job opportunity and better living was a big priority. But as a woman, I definitely gave a lot of thought about how different it will be than a third world country where the majority population does not have access to quality education. I have been living in the US for 8 years now. In the school, in the workplace or in just life overall, I did face sexism. But, it was heartbreaking to see a young congresswoman getting abused by another fellow congressman in the United States House of Representatives. He is a so-called well-educated man. Chosen by the citizens of this great nation to represent them.

Why He Chose An Young Woman

Probably, a lot of you already know the answer. Simply because she is in a position of power. There are young men in the House of Representatives who has different political values than Rep. Yoho. But he used abusive language to a young woman. Simply because he does not want to see a young woman having the same job as he does. And he does not like the fact that she has such a strong voice and she is not afraid to express her opinion. He abused her in the public while walking with another Rep. He used abusive words in front of the press. He probably thought that he will be successful to rattle the young congresswoman. He probably thought he will be able to scare her or destroy her confidence. But he was so wrong!

Thank You So Much, AOC

I am writing this piece to thank Ms. Alexandria Ocasio-Cortez, Member of the U.S. House of Representatives, for standing up against unacceptable behavior, showing the women out there that nobody should be able to rattle you. Her speech in the United States Congress was a real masterpiece. It gave voice to the so many women who face violence and abusive behavior every day. Thank you so much for doing the right thing. Here is a part of her speech:

“This harm Mr. Yoho levied, tried to levy against me, was not just an incident directed at me. But when you do that to any woman, what Mr. Yoho did was to give permission to other men to do that to his daughters, he gave permission to use that language to his wife, women in his community. I am here to say, that is not acceptable.”

Yes, that is not acceptable in any limit to anybody. I am so proud of you for doing the right thing. This is so heartwarming to see that at least the young women are not afraid to do the right thing. Young women like you do not take the abuse and keep crying behind the doors. You came up strong and stood up and showed the women in the world the right way.

I genuinely believe good days are coming for humanity. For centuries, half of the world’s population are taking unfair, abusive behavior. At last, we learned to reply, to stand up and say this is not done. I am not taking this. Nobody is allowed to do this to me.