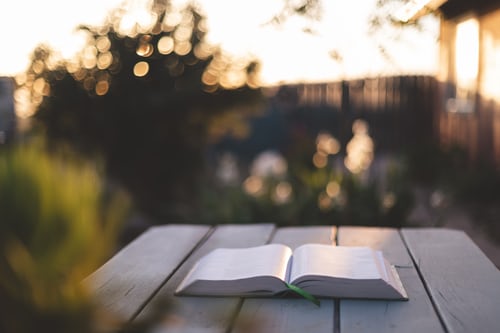 This article focuses on a data storytelling project. In other words Exploratory data analysis. After looking at a big dataset or even a small dataset, it is hard to make sense of it right away. It needs effort, more work, and analysis to extract some meaningful information from that dataset.

In this article, we will take a dataset and use some popular python libraries like Numpy, Pandas, Matplotlib, Seaborn to find some meaningful information from it. And at the end, we will run a prediction model from the scikit-learn library.

As a data scientist or a data analyst, you may have to deal with data where subject matter is not so well known to you. This dataset might be one of those kind. Lots of the columns are medical terms. But that should not be a big problem. It is still possible to explore the dataset with the help of great tools and techniques.

This article will cover:

Use of a machine learning model for prediction

Extracting Information From the Dataset

The dataset that will be used here is called the “heart failure clinical records” dataset. Please feel free to download the dataset from Kaggle and follow along.

Let’s import the necessary packages and the dataset in the jupyter notebook environment:

Dataset is a bit bigger for showing a screenshot here. The dataset has 299 rows of data and here are the columns of the dataset:

And ‘anaemia’, ‘diabetes’,
‘high_blood_pressure’, ‘sex’, ‘smoking’,
‘DEATH_EVENT’ are the categorical variables. All the categorical variables have only 0 and 1 values. So, ‘sex’ only says if it is a male or female, ‘high_blood_pressure’ says if the person has high blood pressure or not, ‘anaemia’ says if the person is suffering from anaemia or not.

I like to start most of the EDA project by observing the distribution of the continuous variables.

It shows at a glance where the majority population lies and the nature of the distribution.

To get an understanding of data, it is helpful to find some commonly used descriptive variable data such as mean, median, max, min, std, and quartiles.

Now as we have seen the distribution separately and statistical parameters, tt will be nice to see how each of these variables relates to the ‘DEATH_EVENT’. This column has 0 and 1 values. I will change it to ‘yes’ and ‘no’. I also want to change the ‘sex’ column and replace 0 and 1 with ‘male’ and ‘female’.

If you check the columns now, you will see two additional columns: ‘sex1’ and ‘death’ in the dataset. In the next plot, we will see a pairplot that will show the relationship between each of the continuous variables with the rest of them. We will also use a different color for death events.

Here, the red color shows the death event and the green color represents no death. This plot shows how each of these variables is segregated between death events. Besides, the scatter plot, the density plot in between shows a clear distinction of data for death events and no death events. Boxplots will give a little more clarity on that:

Looks like the ‘time’ variable is very different between the death events.

We may explore some more on the ‘time’ variable later.

Let’s see if high blood pressure plays any role in deaths by gender.

At the moment, I can think of taking crosstab between each of these variables and the death variable. Let’s start with the sex1 variable:

Look! The deaths in male and female population both are approximately 32%. So they are the same. I did the same for the other four categorical variables as well.

The proportion of death for people with anemia is a bit higher.

Here, the proportion of death for people with diabetes and with no diabetes is exactly the same.

The proportion of death for people with smoking and with no smoking habit are almost the same.

Here, the proportion of death is higher in people with high blood pressure.

In all the above analyses, we only tried to determine all the other variable’s relationship with the ‘death’ variable. We can do much more than that. Let’s try to see if we can extract some interesting information.

The next, element is a violin plot that shows the distribution of ‘time’ across smoking and no smoking males and females.

Now I want to see the relation between ‘ejection_fraction’ and ‘time’ segregated by ‘death’.

In the next plot, let’s see another comparison between the male and female population. How ‘time’ changes with ‘age’:

In most plots above, we tried to find out the relationships between variables. A heat map that shows the correlation amongst all the variables is very helpful. Heat maps are used in feature selection for machine learning and also in data analytics to understand the correlation between the variables.

You will see the use of those correlations in the next section.

In this dataset, all the columns were originally numeric which required for a machine learning model. We created two columns with strings in the beginning. Those columns need to be deleted.

Also, I will use dropna() function on the dataset. The dataset is pretty clean. But by any chance, if there is any null value, it will delete those rows.

I will simply drop those columns from the dataset.

This is a good idea to bring all the variables in the dataset on the same scale. Look, different variables have different ranges. Like ‘platelets’ have a very high range. On the other hand, serum_creatinine has a very low range. To bring all the continuous variable ranges similar, I will divide each of them by their maximum value.

Before that, I will copy the dataset df into the variable df2 to keep the original values intact.

Categorical variables do not need to be changed. They are already 0 or 1 values.

Separation of Training and Test Data

I used a decision tree classifier for this example. Here is the classifier and the results:

Now if you know the ‘age’, ‘ejection_fraction’, ‘high_blood_pressure’, ‘platelets’, ‘serum_creatinine’, ‘serum_sodium’, ‘time’, about a person, you can predict if that person is dead or alive. And the prediction is correct almost 84% of the time.

In this demonstration, I tried to show you some techniques to understand this dataset and run a prediction model as well. There are many different ways to approach an exploratory data analysis task. This was my choice for this demonstration.

A Complete Guide to Time Series Analysis in Pandas

How to Extract Most Information from a Histogram and Boxplot