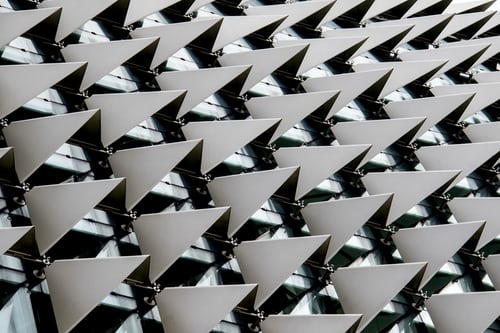 Linear regression is one of those old-school statistical modeling approaches that are still popular. With the development of new languages and libraries, it is now in a much-improved version and much easier to work on. In my last article, I explained the development of a Simple Linear Regression method and analysis in detail. If you haven’t seen it, here is the link

If x and y share a linear relationship, you can predict ‘y’ if you have the ‘x’ data available.

In statistics, beta0 and beta1 are used instead of c and m. So, the formula becomes:

This equation is good enough when you are establishing a relationship between profit and sales, arm length and leg lengths, systolic blood pressure and diastolic blood pressure, etc. That means when there is only one explanatory variable and one response variable.

In this case, the equation of the linear regression becomes:

If we think of the exam score in the example mentioned before, y is the exam score. x1, x2, and x3 are the study time, attendance at school, playtime. We need to determine the values of beta0, beta1, beta2, beta3 …..

Calculating the values of betas are very easy and straightforward in R. Let’s work on an example.

It shows a linear trend. Though a lot of noise around. In R, we can directly find the linear regression model using the ‘lm’ function. I will save this model in a variable ‘m’.

The output shows that the intercept(beta0) is 94.872 and the slope is 0.635(beta1). We considered x1 as age. So the linear regression equation becomes:

As we considered only one explanatory variable, no x2, x3, or beta2, beta3.

Here, intercept 94.872 means that if the age is zero or very close to zero systolic blood pressure will still be 94.872. In this dataset, the minimum age in the dataset is 18(feel free to check on your own). So, talking about zero age is far out of the range of this dataset. That’s why it is not so reasonable in this case.

The slope of 0.635 means that if the age increases by 1 unit the systolic blood pressure will increase by 0.635 unit on average.

Now, how correct this estimate is, we will determine that later in this article. This is time to add one more variable.

Add weight to the model:

Here, intercept(beta0) is 84.28. If you notice it is different than the intercept in ‘m’(94.87). This time slope(beta1) for Age variable becomes 0.63 which is not so different than the beta1 in model ‘m’. This slope means if Age increases by 1 unit systolic blood pressure will increase by 0.63 unit on average when the Weight variable is controlled or fixed.

On the other hand, the slope for the Weight variable(beta2) is 0.1386 means that if weight increases by 1 unit, systolic blood pressure will increase by 0.1386 unit on average when the Age variable is controlled or fixed.

If you know a person’s Age and Weight you will be able to estimate that person’s systolic blood pressure using this formula.

Adding BMI to this Model

Lastly, we add BMI to this model to see if BMI changes the dynamic of this model. Let’s use the ‘lm’ function again and save this model in a variable named ‘m2’.

Woo! Our multiple linear regression model is ready! Now if we know the age, weight, and BMI of a person, we will be able to calculate the systolic blood pressure of that person!

How accurate that systolic blood pressure calculation from this equation is?

y_calc is the calculated value of the response variable. In this case, the values of systolic blood pressure that are calculated using the linear regression model

y_mean is the mean of original systolic blood pressure values

y is the original systolic blood pressures from the dataset

The R-squared value represents the proportion of the response variable that can be explained by the explanatory variables.

That means 37.95% of the systolic blood pressure can be explained by Age.

The R-squared value for the second model ‘m1’ where explanatory variables were ‘Age’ and ‘Weight’:

39.58% of the systolic blood pressure can be explained by ‘Age’ and ‘Weight’ together. Look R-squared improved a bit after adding the Weight to the model.

Lastly, the R-squared value for the model m2 where the explanatory variables were ‘Age’, ‘Weight’, and ‘BMI’.

Here is an article on the hypothesis tests. Please check:

In this section, we will work on an F-test to see if the model was significant. That means if at least one of the explanatory variables has a linear association with the response variable.

There is a five-step process to perform this hypothesis test:

Set the hypothesis and select the alpha level:

I am setting the alpha level as 0.05. That means the confidence level is 95%.

Here, df is the degrees of freedom. That is the number of explanatory variables. In this example that is 3 (Age, Weight, and BMI).

n is the number of rows or the number of data points. In this dataset, there are 100 rows. So, n = 100. Feel free to check it using the ‘nrows(data)’ function

We will discuss how to calculate the F-stat in a little bit.

There are 2 ways to find the appropriate value. You can use the F distribution table. But I prefer using R. So, here is the value from the F-distribution calculated in R:

The appropriate value from F-distribution is 2.699.

The decision rule is:

Otherwise, do not reject the null hypothesis.

Here is the table that calculates the F-statistic.

Here in the table above,

The Res SS is the residual sum of squares and here is the expression to calculate it:

Reg df or the regression degrees of freedom is the number of explanatory variables. In this example that is 3.

n is the number of rows of the data.

I will use R to calculate Reg SS, Res SS, and n:

Finding the number of rows in the data:

The rest of the elements in the table can be calculated now. I used an excel sheet to generate the table. Though it is possible to find everything in R. But to make it in a table format I used excel. Here are the results:

Conclusion: F is 13.139 which is greater than 2.699. So, we have enough evidence to reject the null hypothesis. That means At least one of the explanatory variables has a linear association with the response variable. So, the model is significant.

We will perform a t-test for that.

The F-test above shows that the model is significant. Now, we can test for each of the explanatory variables that if each of them has a linear association. As we already state five-step rule before. I will not go through the whole thing here.

Step 1: The hypothesis and the alpha are exactly the same as the F-test above.

If the t-statistic for any explanatory variable is greater than or equal to 1.985, reject the null hypothesis.

Otherwise do not reject the null hypothesis.

This is what makes a t-test that easy. If you just take a summary of your linear regression model in R that gives you the t-statistic and also the p-value. I will take the summary of the model ‘m2’ because we included all three explanatory variables in that model.

Here is the conclusion from the test:

As per the t-test, Age variable is significant and has a linear association with the systolic blood pressure when Weight and BMI are controlled.

In the same way Weight variable is also significant and has a linear association with the systolic blood pressure when Age and BMI are controlled.

You can also use the p-value to draw a conclusion. If the p-value is greater than or equal to the alpha level (in this example 0.05), we have enough evidence to reject the null hypothesis. If you notice in the summary output above, for the Age and Weight variable, the p-value is less than the alpha level 0.05. So, this way also we can conclude that Age and Weight variables have a linear association with systolic blood pressure. On the other hand, the p-value for BMI is greater than 0.05. Using p-value also you can determine that the BMI variable does not have a linear association with the systolic blood pressure.

If you read my article on simple linear regression, you may be wondering why I did not use ANOVA for the inference part here. Using ANOVA in multiple linear regression is not a good idea. Because it gives you different results if you put the response variable in a different order. It becomes very confusing. Try using the ‘anova()’ function in R with ‘Age’, Weight, BMI once. And Weight, Age, BMI once. You might get a different ANOVA table.

I hope this was helpful. This is a lot of material covered in this article. If all this material is totally new to you it may take some time to really grasp all these ideas. These are not the only tests. There are several other tests in statistics. These are just some common and popular hypothesis tests. I suggest, take a dataset of your own and try developing a linear regression model and running hypothesis tests like this article. If you read this for learning, that’s the only way to learn.

Introduction to the Descriptive Statistics